I´ve just returned from a few days spent in Snowdonia, North Wales. This images shows a small stream in Cwm Idwal which eventually flows into Llyn Ogwen. It was a very nostalgic few days for me – I´ve spent a lot of time climbing and walking in this area and it was really good to get back there after all these years. The weather was cool and blustery when I arrived in Ogwen on Monday, as this shot shows, and I was hoping for some dramatic lighting – but I was to be disappointed. Both Tuesday and Wednesday, my last day there, were sunny and virtually cloudless! I know, normally when visiting Snowdonia one hopes for such weather, but I find mixed weather to be most creative for me. Such is life and although the weather  wasn´t my sort of landscape photography weather, it was perfect walking weather.

In this case, a train journey. We´ve just finished the Isle of Anglesey Coastal Path. We reached Holyhead, the start of our 200km round walk, by train from Chester station. The distance sign, opposite our platform, seemed to be a good start to our 12 day journey around the coast of Anglesey. 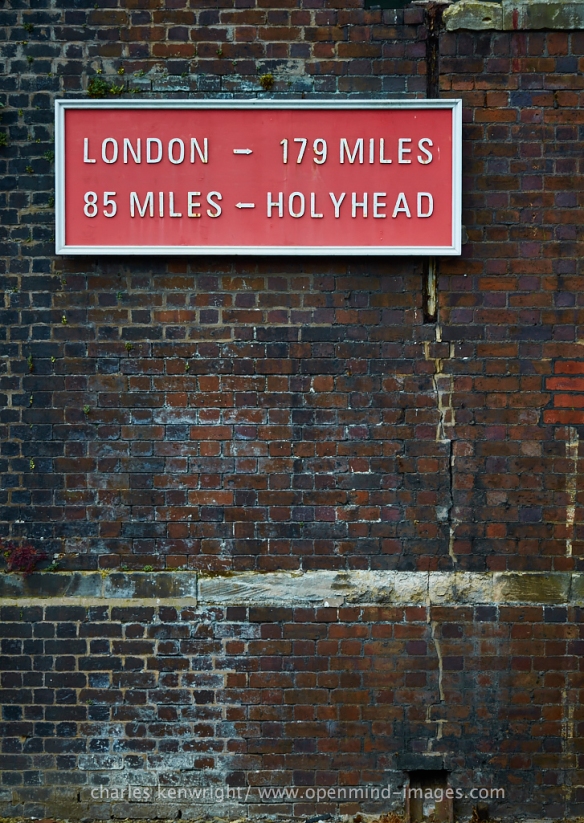 A few months ago I received an email from the editor in chief of the UK magazine “Woodworking Plans and Projects” asking if he could use one of my images. He wanted it to illustrate a story written by one of his readers. It told the story of how some of the wood saved from the demolition of the Tate and Lyle Sugar Refinery in Liverpool. UK, had been used in various woodworking projects. The editor had googled Tate and Lyle and the search result threw up a Blog article that I´d posted in February 2013. I was pleased that I could add to the readers enjoyment of the article – hopefully.

This enquiry and licensing of the use of one of my photographs highlighted a number of points for me. The first being that a photograph that I´d taken more than 40 years ago still had a use today. The second being, as well as fun, how useful blogging can be. The third, how important search engine optimization (SEO) is. And last but not least, the importance of picture captions and that they should say something useful about the photograph.

Going back to the first point, a photograph never looses it´s power to say something, to illustrate something and to bring back memories. I can still remember walking through the remains of the Liverpool dockland as they went under the wreckers ball and disappeared for ever or was spruced up into a sort of Disney World of the British nautical and industrial past. It also brings back harder memories of strife, poverty and division that was so much part of the British story of the 1980s.

By the way, the now long gone Tate and Lyle Sugar Refinery and it´s demise still has an important place in Liverpool folklore. No-one can know how something – even an ugly building – or a photograph of it´s innards being ripped out, can retain meaning.

I really should get on with scanning more of my old negatives and positives and getting them archived and online – who knows what stories are buried there, and for who!

As I´ve written before, it´s often the small things that catch my eye – the overgrown wall or grave in a country churchyard often fascinate more than the total view. I took this at the back of the Llanffinnan churchyard on the island of Anglesey, North Wales. In itself this is no remarkable or noteworthy place – excepting that the Tudor dynasty, the ancestors of Henry VIII and Elisabeth I,  heralded from Penmynydd a small village which is just a stone´s throw from here – but it´s forgotten anonymity gives it a certain charm.

Anglesey lies in the approaches to the River Mersey and the port of Liverpool. This jetty at Point Lynas, just next to the small lighthouse, is sometimes used by Mersey Pilots to board their Cutters and go out to the waiting ships to guide them into the River Mersey. Point Lynas is situated on the north east side of the island. I took this shot at 6.30pm., it was already getting dark and the light was failing quickly, which for me, only added to the mystery and beauty of the place.

I took this shot of the SS Manxman through the window of a derelict dock building in Birkenhead. The historic passenger ferry was built at Cammell Lairds shipbuilders and launched in 1955. She sailed between Liverpool, the Isle of Man and Ireland until she was withdrawn from service in 1982 – it was shortly after this that I took the photograph whilst wandering around the docks.

There have been many attempts down the years to save her, turning her into floating squash courts, I seem to remember was one scheme, but all to no avail. The last I heard she was headed for the breakers yards, where I guess she met her end. If I´m wrong and someone has other news of the Manxman, please feel free to comment here! 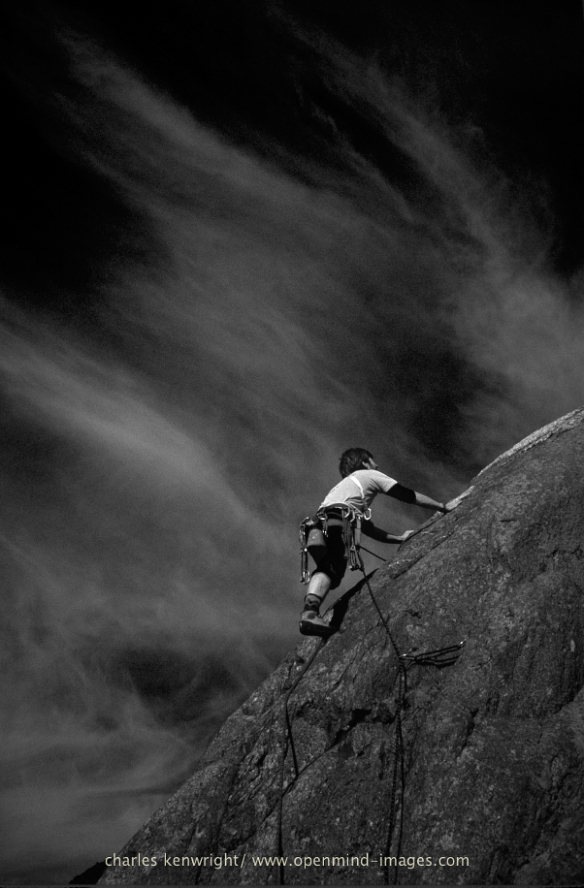 The date on this Kodachrome is August 1985, and I´m sure it was a Wednesday evening. After reading my last post, you might ask yourself, where has the amnesia gone? I´m sure it was a Wednesday because, for a number of years, I used to race out to North Wales after leaving work early on Wednesdays and get a rock route in. I climbed Tennis Shoe, this evening with Craig. It´s interesting looking at this shot because the thing that really dates it is the Firé rock boots that Craig is wearing. If I remember correctly, they were the first rock boots with sticky soles (thanks to Formula 1 tires I think).

Tennis Shoe is a classic multi pitch slab climb which works it´s way up the left side of Idwal Slabs, it´s only Hard Severe (now that´s also a dated form of grading) with the crux moves, on the last pitch, at about 4b – they were pretty polished even then, so I guess it might feel even more tricky now. They come on a steeping of the wall at the top of the route, and are a couple of thin moves – but that´s it really. It´s a wonderful climb and, although I´ve done it quite a few times, it´s always been fun. I think it was first done in about 1919, solo by the great Noel Odell. It´s name comes from the practice of wearing tennis shoes when doing more delicate rock climbs.

After doing the last pitch, one can carry on up routes like Lazarus and then up onto the walls above that for a long mountaineering day. Or one can climb down the gully (fun in itself when wet) past Suicide Wall.

Those summer evenings in North Wales usually entailed having a pint somewhere on the drive home. They were wonderful evenings, now more than 25 years ago.