Last weekend I had a good weekend in the Tuxer Alps, snow shoeing. Saturday was a brilliantly sunny day but with a very stron Föhn wind blowing up from the south. It led to some very impressive cloud formations which were blown along at a tremendous speed. I took these shots whilst climbing the Vennspitze (2390m) which is above Paduan.

During Saturday night it started to snow which lasted well into Sunday. Changes in weather just completely change the atmosphere of a place. The last shot, taken on Sunday is looking down onto a small hamlet near Lippenhof. By the way this area is near the Brenner Pass which leads over into Italy. 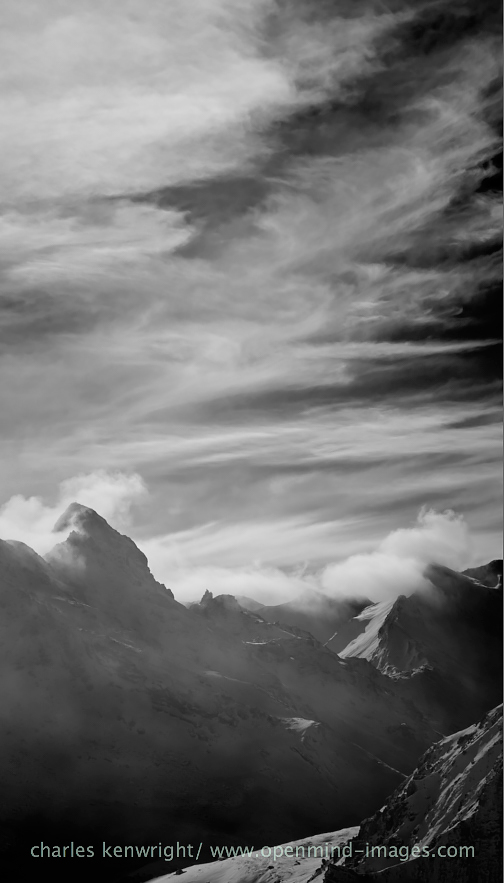 Last week I was staying up at the Lizumer Hut in the Tuxer Alps for three days. We´ve had a very poor winter for snow so far, and, although this looks pretty white, the snow depth was very shallow. The strong winds of late had blown a fair amount of snow into the lee side gullies, which actually caused some localised avalanche danger (in fact I triggered a small one).

There was enough snow to make snow shoes more than worth while but ski-mountaineering would only have resulted in wrecked skis! I took this up on the summit of Torspitze (2663m) on Wednesday morning. It was a chilly day, -12c. at the hut, but when we climbed up into the sun, despite the light wind, I was thankful of my sun blocker! The view from the summit was wonderful. The sky was very active, with both high cloud and lower cloud rushing in, covering and then revealing the mountains near us. So, despite the lousy snow conditions, it was a great three days and a good shake down cruise for 2016.