I´ve now put up the gallery on my website so please have a look at it. There´s a lot of black and white there, it seems to fit the dark, snowy scene. It´s even turned into a bit of a tribute to Czech photographer, Koudelka – in my opinion, at least. I´m just not as good as he is though.

At the time I recorded sound and shot a bit of video footage, which I´ll edit together with the photography in the near future.

Yesterday evening in Munich, 15000 people turned up in the cold and snow to demonstrate for peace and tolerance. Carrying lit candles they formed a human chain through the centre of Munich for a number of kilometres. There were all sorts of people there, old, young, families and Mara and Theresia from the Sisters of Perpetual Indulgence. Thank you both, Theresia and Mara for letting me take your photograph, you looked wonderful on that cold and snowy evening!

Interestingly enough, there was another demonstration at the same time, but they demonstrated against openness, tolerance and peace – they numbered about 200. Not bad that 15000 against 200 – there is more than hope yet!

I was wandering around Munich today, photographing what caught my eye. The plan is to photograph Munich for the website. At one point I was up by the Friedensengel (Angel of Peace) which is a few hundred meters down river from the Bavarian State Parliament, when I noticed the shadows being cast against the wall underneath the statue. I stood around for a while photographing people as they climbed up or down the steps. Eventually a young chap came by and bounded up the step with a fair amount of élan. This is the result.

Here is a second photograph taken at the music festival in Landerneau. The complete picture gallery can now be seen online. Please feel free to click through the photographs.

Also don´t forget if you want to sign up for my newsletter, just go here and register, it only takes a few seconds! 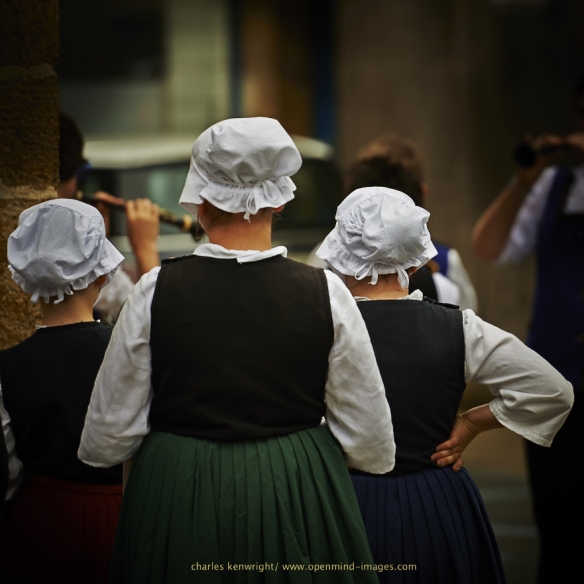 The Breton culture is strong and vibrant. These girls, dressed in their Breton costumes, were taking part in a music festival in Landerneau. It seems that nearly everyone in Brittany  plays an active part in keeping their culture alive.

Waiting in the Subway. Another below the street photograph from New York 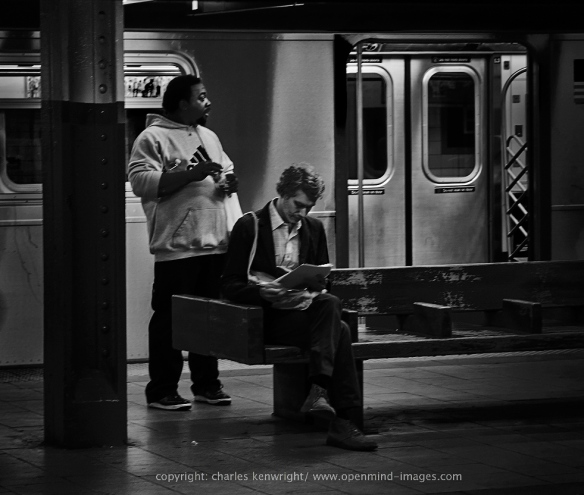 Below the street photography

It was rather cold sitting in San Lucia waiting for the night train back to Munich, it was, after all, the end of October. This railway station in Venice is much the same as all European stations, but it´s name, “San Lucia”, gives it a romance that lifts it above names like “München Hauptbahnhof”. 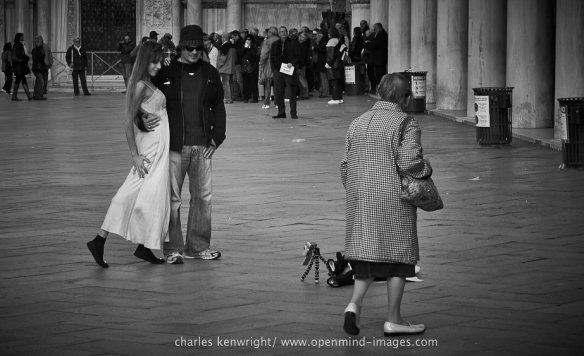 This incongruous couple – trio, really – caught my eye on the Piazza San Marco in Venice, Italy.

The refugees and asylum seekers are still occupying the Rindermarkt in the center of Munich. The last few days have witnessed a deterioration in the condition of the asylum seekers and many are now in hospital. The last days have also witnessed some rather unfeeling and arrogant comments by members of the Bavarian State government, particularly the social minister Christine Haderthauer, who has uttered a series of comments which have been totally lacking in respect towards these people and the situation that they find themselves in. Now the Bavarian President, Horst Seehofer has involved himself in an attempt to solve this problem. In my opinion it boils down to one basic human right that has been missing in the treatment of these people – respect. If you treat people without respect, they will one day rise up and demand it. 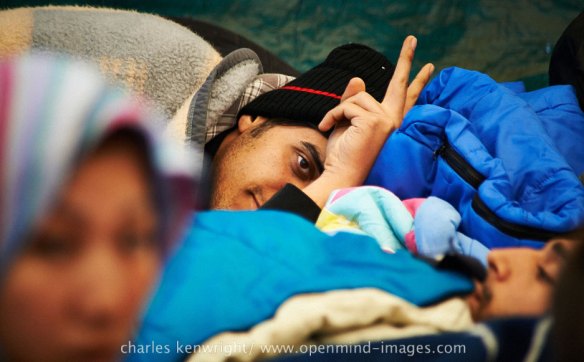